PitchBook, the data provider for the private and public equity markets, has released All In: Women in the VC Ecosystem, its second annual report examining global Venture Capital (VC) investment in female-founded startups. The report, published with support from Microsoft for Startups and Beyond the Billion, shows the coronavirus pandemic has disproportionately impacted female founders and CEOs negatively, despite undeniable, long term gains in VC investment over the past decade.

Funding to female founders is down 31% from the first three quarters of 2019 while funding for all-male teams dropped by just 16% during the same period. The trend had been going in the opposite direction before COVID-19 with female founders seeing faster increases in both deals and value compared to their male counterparts in 2019.

“It is encouraging to see the impressive growth in fundraising and performance by female-founded startups over the past decade but the setbacks from COVID-19 underscore how vital it is to continue to push for gender equality in the VC ecosystem,” said Adley Bowden, VP of Research and Analysis at PitchBook.

“The report shows female founders and CEOs continue to exit faster and at higher values, which should signal to investors that diverse teams are not to be ignored. We hope clear data on the funding gaps and proven performance of female-founded startups will empower VCs and institutional investors to allocate more funds to these companies and prioritise placing women in decision-making roles within their own firms.”

Similar to last year’s inaugural All In report, PitchBook analysed investment activity in US-based startups with at least one female founder as well as VC-backed companies led by female CEOs. Analysis also shed light on funding within specific US regions and sectors, including digital health, retail, education and fintech. While some metro areas like Boston suffered less fallout from COVID-19, the total share of VC financing in female-founded startups declined as investors reassessed strategies and retained capital to support portfolio companies early in the pandemic. Despite the challenging environment, 2020 is on pace to be the tenth straight year female-founded companies exited faster than the broader market. Such consistency over time highlights strong performance of female-founded and led companies.

Key Takeaways Uncovered by PitchBook's All In: Women in the VC Ecosystem Report 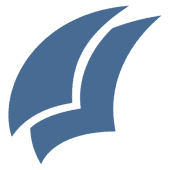