Arieli Capital, which operates innovation centres in Israel and around the world, and Ramat Hanegev Regional Council, are conducting discussions with officials in the United Arab Emirates (UAE) about advancing desert agriculture projects. Discussions began before Israel and the UAE announced a normalisation agreement between the two counties on 16th August.

Eric Bentov, Partner at Arieli Capital, stated: "We believe that technology and innovation will become the bridge that connects the Israeli and UAE ecosystems and communities. The discussions are a game changing opportunity to unlock the social and economic potential of the Middle Eastern countries. We are excited to see the great Negev region led by Ramat Hanegev become the driving force behind this step and turn into a global leader in the field of desert technologies."

As part of the negotiations, UAE officials are considering sending teams and delegations to Ramat Hanegev to undergo training in innovative desert agriculture, according to Or Haviv, a partner at Arieli Capital. ‘’We discussed the possibilities of employing top quality desert agriculture with specific crops, such as strawberries and blueberries that have a high quality natural taste in order to replace imports, and other crops such as tomatoes and more.’’

In May 2020, Arieli Capital announced a cooperation agreement with Ramat Hanegev Regional Council and Ramat Negev Industries, for establishing an ag-tech innovation centre. The initiative is part of a plan to expand the economic potential of the region’s booming agricultural sector and the agricultural research and development capabilities developed at the region in recent decades.

Arieli Capital is planning and leading the establishment of the innovation centre. The center will be located near Ashalim and focus on areas of specialisation in the region, including general agriculture, desert agriculture, marine agriculture, cannabis and more. The initial investment in the Innovation Centre is in access of $5m; Arieli Capital will take the lead in this venture, with the participation of the Ramat Negev Regional Council and other investors.

Ramat Hanegev is one of the largest and most successful agricultural regions in Israel. The innovation centre will be able to take advantage of the unique capabilities developed in the region and contribute greatly to the field of precision agriculture and business development.

Ramat Hanegev’s agricultural know how has been developed over the past 50 years at the Desert Agricultural Center, with agricultural research and pilots conducted at the experimental station. Hundreds of applied research projects have been conducted in a vast range of fields: efficient water usage and irrigation; solving of common problems such as soil diseases and pests; development of new products and the acclimatisation of existing products; development of agricultural techniques for improving the profitability of crops; conducting and overseeing of international projects in the field of highly advanced agriculture, and more.

All the products and techniques developed have been used by the farmers of the region to improve their crops, for increasing yields and maximising the economic return on their investment.

The Ramat Hanegev region is the largest regional council in Israel. It covers 4.2 million dunams (1.050 million acres) and accounts for about 22% of Israel’s total land area. Vegetables are the main crops grown in the region and the total annual output is about $177m (NIS 629 million). Approximately 70% of total production goes for exports, primarily to Europe and the US. There is also a brackish water desalination plant in the region which produces 3.5 million cubic meters of high quality water for use by the local communities and in agriculture. 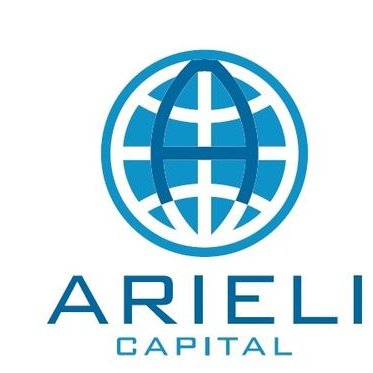 Arieli Capital is a holding and investment company with offices in New York and Tel Aviv. Arieli Capital has an innovation arm that manages and invests in innovation platforms, hubs, accelerators, tech transfer, commercialization of intellectual property, and an investment arm that integrates some of the leading private family offices in the U.S. with combined capital of hundreds of billions of dollars at their disposal.