Roundups is a new donation app that helps charities with their fundraising whilst the economy continues to battle through challenging times. The app links with users’ payment cards in order to round up their payments and donate pennies to their chosen charity as they spend.

Users can choose to round up to the nearest 10p, 50p or £1 and set a maximum weekly cap. A few pennies per person might not seem like much but when thousands of people join in, their combined efforts make a much larger impact.

Donors will also receive regular notifications: bitesize updates on their social impact and the inspiring projects that their pennies are supporting. This feature is set to appeal to the next generation of donors who are highly generous and purpose-driven but unlikely to read monthly newsletters.

Serial entrepreneur and CEO, Sean Donnelly, developed the Roundups idea after being left unfulfilled by previous ventures. He noted that the lack of social impact undermined the potential for creativity and challenge in his previous roles: “There came a point when I realised that there is nothing more motivating than social issues,”

Donnelly explained: “Around the same time I became aware of Open Banking and the decline in cash donations. There are huge benefits to a cashless society but the negative impact on charities is a serious issue. Thankfully, technology can help. People have been putting change into charity boxes for years, so digital penny donations through Roundups is a natural evolution.”

After deciding to pursue the idea, Donnelly Co-founded the platform with Matt Smithson, who joined as CTO. Smithson always loved his job as a developer but he too bemoaned the lack of social purpose working in FinTech. Having previously set up a not-for-profit helping single mothers in Kenya, Matt jumped at the opportunity to help charities at scale.

As the country works through economic uncertainty, asking for pennies rather than pounds may prove to be an effective strategy for charities. 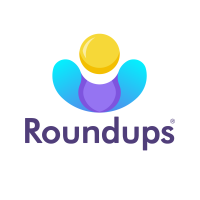 Roundups is a new fundraising app which rounds up card payments and donates pennies as you spend. With cash donations in swift decline, the Roundups team are striving to make digital penny donations mainstream. Roundups was recently featured as one of the UK’s top virtual fundraising tools by UK fundraising.