Deci, the deep learning startup dedicated to transforming the AI lifecycle, has announced it has raised $9.1m in a seed round led by Israel-based VC firm Emerge and global VC fund Square Peg. The company is building an AI-based platform that can automatically craft robust, scalable, and efficient deep neural network solutions ready for production at scale. Deci aims to help AI practitioners build the next generation of deep learning models.

By harnessing AI to improve AI, Deci is automatically transforming models to be ready for effective production at scale. With Deci’s new deep learning platform, AI developers can achieve up to tenfold performance improvement on any task, be it machine vision, NLP, or audio, thus obtaining a significant competitive advantage.

“Deci is leading a paradigm shift in AI to empower data scientists and deep learning engineers with the tools needed to create and deploy effective and powerful solutions,” said Yonatan Geifman, CEO and Co-founder of Deci. “The rapidly increasing complexity and diversity of neural network models make it hard for companies to achieve top performance. We realised that the optimal strategy is to harness the AI itself to tackle this challenge. Using AI, Deci’s goal is to help every AI practitioner to solve the world’s most complex problems.”

Deci’s deep learning platform automatically gears up neural networks to become top-performing production-grade solutions on any hardware, including CPUs, GPUs, and special-purpose AI chips for edge and mobile. The platform is powered by Deci’s patent-pending AutoNAC (Automated Neural Architecture Construction) technology, which uses machine learning to redesign any model and maximise its inference performance - all while preserving its accuracy. The platform optimises any given deep learning model and cuts its computing costs for any desired hardware.

“Runtime optimisation for neural networks should always consider the target computing hardware,” continued Geifman. “It is quite surprising to some, but our hardware-aware AutoNAC optimisation can do miracles even on general purpose chips like standard CPUs.”

Last month, Deci submitted its inference results to MLPerf, the industrial standardised benchmark suite for measuring deep learning performance. On several popular Intel CPUs, Deci accelerated the inference speed of the well-known ResNet neural network by 11.8x while meeting the MLPerf accuracy target. An acceleration of this magnitude closes the gap between the latency of inference on CPU and standard GPUs. This is a significant step towards enabling deep learning inference on millions of available CPUs, both on cloud, enterprise data centres, and edge devices. Deci promises to expose speedups for GPUs by applying its AutoNAC sledgehammer for its next MLPerf submissions.

Deci has already partnered with numerous industry leaders in autonomous vehicles, manufacturing, communication, video and image editing, healthcare, hardware, and system OEMs. One of Deci’s success stories includes an impressive 4.6x acceleration of a model for a complex machine vision task. This boost enabled a 78% reduction in the computing costs by allowing for the same production capacity using fewer GPUs.

“Deci's ability to automatically craft top-performing deep learning solutions is a paradigm shift in artificial intelligence and unlocks new opportunities for many businesses across different industries,” said Liad Rubin, Partner at Emerge. “We are proud to have partnered with such incredible founders and be part of Deci’s journey from day one."

"It was clear to us that Deci has a highly innovative product that allows businesses to fully utilise their AI potential, but what sealed the deal for us was its people,” said Philippe Schwartz, Partner at Square Peg. “We haven't seen such an experienced and driven team in this space and are sure they will only progress from here, innovating industries across the board."

Deci was co-founded by deep learning scientist Yonatan Geifman, PhD, together with technology entrepreneur Jonathan Elial, and professor Ran El-Yaniv, a computer scientist and machine learning expert from the Henry and Marilyn Taub Faculty of Computer Science at the Technion - Israel Institute of Technology. Deci has already recruited a core team of top-notch deep learning engineers and scientists, with vast experience in elite organisations and universities. 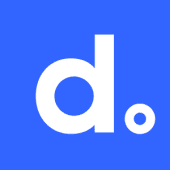 Deci, which means “tenth” (decimus in Latin), is ushering in a new AI paradigm by using AI to build and operate AI models. Deci’s deep learning platform enables data scientists to transform their AI models into production-grade solutions on any hardware, crafting the next generation of AI for enterprises across the board.

Founded in 2019 and based in Tel Aviv, Deci’s team of deep learning experts are dedicated to eliminating production-related bottlenecks across the AI lifecycle to allow developers and engineers the time to do what they do best - create innovative AI solutions for our world’s complex problems.