Part of being human, is being connected. No person is an island, even if a few might own one. Innovative startup, Crème de la Crème, develops and uses their software to help people connect, specifically; to help companies connect to freelance experts in tech, marketing and design.

The idea began when the founders realised there was a growing gap between how corporations and the talent of today liked to function, creating a disconnect, and a difficulty for corporations finding the skilled workers they needed, and freelancers in finding the jobs they wanted. So Crème de la Crème set out to bridge this divide between traditional companies and the future workforce.

In essence, Crème de la Crème cultivates a community of tech, market and design experts, accepting only ten percent of applicants wishing to join as members to ensure that the community is both good value and high quality for the corporate clients they work with. When looking for an expert or temporary addition to a team for one off projects or to help develop a specific product, corporations can use the tech Crème de la Crème has cultivated to find exactly who they are looking for.

Using a series of tech projects, Crème de la Crème is connecting freelancers. Using their software, such as the Freelance Dashboard, freelancers can browse jobs, do their admin and access their accounting; all in the same place, simplifying and streamlining the process.

In the last two years, the company has grown from a team of five people in France, to a team of fifty spread over Paris and London, Crème de la Crème believes that a key part of moving forward and growing successfully is to never lose sight of your objective and your vision. While it is easy to get caught up on the daily problems, sometimes you need to stand back and look at the bigger picture instead, to remind yourself of what really needs doing.

Crème de la Crème also emphasised that one of the most important resources you can have is support. With the support of business investors, Crème de la Crème received both support and feedback that proved vital to growing the business efficiently and successfully. By connecting with people who could support them, Crème de la Crème was able to overcome many of the pitfalls of trying to go it alone.

At the core of Crème de la Crème is people. Connecting their community and keeping their own workforce as a tight team, no matter how large it grows. After all, why be an island, when you can be a community? 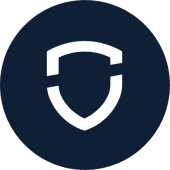 Getting that perfect connection

Domeg: navigating the world of finances, mortgages and debt

How e-bikes are driving sustainable action for free