Sunswap is building new technology to create zero-emission transport refrigeration products that reduce noise and air pollution. The majority of TRUs, commonly used by all supermarkets, rely on secondary diesel engines to provide power for cooling. With looser restrictions on secondary engines, they are a major cause of pollution.

The initiatives are being funded by the Office for Low Emission Vehicles (OLEV) in partnership with Innovate UK, a non-departmental public body funded by a grant-in-aid from the UK government. Both projects will expedite the development of Sunswap’s technology helping to tackle a major source of global emissions.

The collaboration with the CEP Laboratory at Imperial College London will focus on developing a high efficiency TRU that is compatible with a low Global Warming Potential (GWP) refrigerant. Current industry standard is to use refrigerant R452a which has a GWP of 2140.

If released into the environment this is equivalent to 13 tons of CO2 per TRU. This investigation with Imperial will reduce this to less than 600kg CO2 per TRU. The £157k project will deliver a refrigeration system that is optimised for a battery electric TRU, resulting in significant efficiency, financial and environmental benefits.

The Sunswap team will also be working with leading emissions research organisation Cenex on the project Zero Emission Refrigerated Operations, to develop next-generation electrical architecture for TRUs. The £219k project will involve Cenex consulting industry, including four major UK supermarkets, on their TRU requirements, which will then feed back into Sunswap’s design process. Findings will be shared with fleet operators and made available to benefit the public.

This year Sunswap has built a working prototype of their clean refrigeration technology. These projects will enable the team to build a product incorporating direct customer feedback, that will be unveiled on UK roads in 2021.

Michael Lowe, Sunswap’s CEO, said: “I am delighted to be able to announce these new partnerships. Both these projects will help accelerate the development of key systems in our transport refrigeration product. This will speed up the development of our technology and ultimately take us even closer to zero-emission transport refrigeration units on our roads. We have seen a concerted effort from retailers to adopt clean technology following HM Treasury's announcement on red diesel, the outcomes of these projects will significantly help industry with this effort.

“It is fantastic to be working with Imperial College London and Cenex. These collaborations will allow us to input world class research expertise into our refrigeration development, whilst ensuring that our system design meets every industry need.”

“As an organisation committed to decarbonising the cold chain, it is brilliant to see the Government, through bodies like the Office for Low Emission Vehicles and Innovate UK, backing clean technology. With these grants, the Sunswap team is growing, our technology is being developed more rapidly, and we continue working towards making zero-emission transport refrigeration units a reality.” 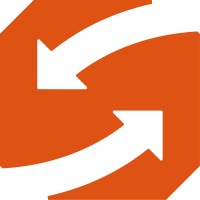 Sunswap offer a zero-emission, cost-effective and smart alternative to diesel transport refrigeration with energy prediction, use of adaptive battery capacity and solar power.