China, COVID-19 and UK work life quality: is there a correlation between the three?

Within the context of the economic crisis caused by COVID-19, Trump has accused China of being the cause of the virus. If this were true, Beijing would have eliminated 91% of UK exports to China over the past ten years in one fell swoop.

On the other hand, there is a direct correlation between the export rate of companies in the United Kingdom towards China and their willingness to invest in the wellbeing and improved working conditions of their employees.

According to data provided by Statista.com, it is estimated that the UK’s GDP for the second quarter of 2020 will fall by 35% compared to the first quarter of 2020, with losses equal to £179bn.

Unemployment, which was 3.9% in February and March, is estimated to rise to 10% in the second quarter of 2020 (Source: Statista.com).

By contrast, Beijing is the UK's third largest trading partner and has been crucial to the development of British companies over the last ten years. Against an estimated loss of £179.6bn due to COVID-19 (Sources: ons.gov.uk and Statista.com), exports to China between 2008 and 2018 generated a total of £197.4bn in turnover for UK companies (Source: Wits)

China's influence is also indirectly reflected in the wellbeing and quality of working life of British employees, thanks to the higher profits and liquidity available to companies with a significant export share and thanks to the purchasing choices of Chinese customers, often oriented towards high end products.

Matteo Rodolfo Milanesi, Co-CEO of the international group which includes Proleven (consulting and training services for human resources in the field of team development and employee wellbeing) and Boarini Milanesi (luxury handbags), speaks out in relation to their branches based in the United Kingdom: “With regard to Boarini Milanesi, 30% of the sales made by the Client Relations Managers at our UK branch are to clients from China or of Chinese origin living in the UK, with an average purchase value of around £16,000 compared to an average of £5,200 for British consumers.

"This gives us the huge advantage of being able to spend more time with each client, allowing our UK sales staff to benefit from a higher quality of working life and lower stress levels.”

Carolina Boarini, Co-CEO of the same group, emphasises that China's importance has also emerged in internal statistics, compiled by Proleven's employee welfare division, directly correlating the impact of exports to China on the turnover of UK companies and their spending to improving the health and wellbeing of their employees.

Boarini said: “The top 10 UK companies that spent the most on our workplace wellbeing programmes in 2019 (averaging at £180 per employee per year), have share in exports to the Chinese market of around 7.5% of their turnover, compared to a national average of 6.9%. If we then look at the second 10 classified, this figure drops to 6.1% and even further to 5.3% for the third 10.”

“So we can say that sales to China give British companies the advantage of being able to benefit from a more profitable type of business, allowing them to invest more for in the wellbeing of their employees. This triggers a virtuous circle of higher productivity and better quality of work, all of which benefits the UK.” concluded Matteo Rodolfo Milanesi. 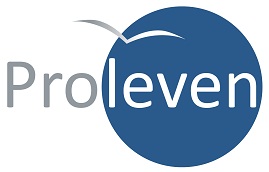 Proleven is a consulting and training company for staff wellbeing, team development and compliance. With its headquarters in Italy and trainers and consultants in more than 30 countries, including the UK, Proleven helps international companies improve the quality of their work, in the belief that it is the people within the company who really make the difference.

How to thrive as a woman in fintech

How to thrive as a woman in fintech

How SMEs can thrive post-lockdown