Charities from the UK and across the world are flocking to a startup social media platform which is coining itself the world’s first ‘social media for good’.

GoPoolit, which was founded in the United Kingdom over the COVID-19 lockdown by fundraising professionals with decades of experience, provides a new income stream for charities through the thing the world engages with the most: social media.

Instead of prompting users to post ‘asks’ and lobby for funds on behalf of charities, GoPoolit users are encouraged to show off the creativity that they do on their usual social networks.

Users will talk about their lives, celebrate their achievements, and most likely, post adorable photos of their pets. When doing so, users nominate a charity to their post and share it across all their usual social networks from the GoPoolit platform.

Instead of a ‘like’, their friends, family and followers on GoPoolit have the opportunity to pool between 1-10p to that post, and therefore, that charity. The more viral users go, the more opportunity there is to raise hundreds of thousands in pocket-sized donations for causes close to their hearts - simply by doing what they already do.

During these uncertain times, like most industries, charities and the third sector have been feeling an immense amount of pressure. In previous years, conventional methods of fundraising have faltered. A new, innovative approach has struggled to fill that void - until now.

There is an equal demand from social media users for a new platform focused on social good. According to the Pew Research Center, almost two-thirds of Americans think that social media has a mostly negative impact on the state of their country.

With users becoming increasingly disengaged with the policies and practices of many platforms, GoPoolit is the perfect chance to hit the reset button on their digital lives and use social media for good.

From global to grassroots, an abundance of charities have signed up to join GoPoolit for the 15th December launch date - including branches of Greenpeace, Habitat for Humanity and SOS Children’s Villages - alongside small and medium sized charities in the UK such as Play Action International, Advantage Africa and Carers Worldwide.

Over 50 charities will collectively be contacting over 4 million donors in the coming weeks, urging them to use the platform.

The GoPoolit website and app (iOS/Android) will launch on December 15th.

Matt Turner, Director of Communications for GoPoolit, said: “Imagine if every post you ever made on Facebook or Twitter could be monetised into micro-donations for a cause you care deeply about.

"We’re thrilled that charities from across the globe such as Greenpeace and SOS Children’s Villages believe in our vision of social media for good.

"GoPoolit has the potential to revolutionise our digital lives. We’re focusing on micro-donations as we believe that the power is in the pocket change - and that sometimes - the smallest gestures can collectively have the biggest impact.” 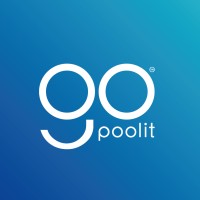 Global fundraising solution connecting donors and charities across the world.