Here, Andy Hodgetts, Director of Corporate Finance at Buzzacott, the accountancy firm advising fast-growth companies, shares his thoughts on the recent M&A rush ahead of today's Budget and the corporation tax update.

“Capital Gains Tax (CGT) has been the big one to watch among tech businesses for this year’s Budget. The speculated increase, which would bring CGT in line with income tax, has been such a concern that we have seen a rush to complete M&A deals ahead of March 3rd.

“Reports from the Office of Tax Simplification (OTS), at the request of the Chancellor Rishi Sunak, made the recommendation that capital gains tax should be raised to align more closely with income tax. However, the proposed changes to CGT will not be implemented following the Budget today. Current CGT rates are 20% on assets, and income tax rates stand at 20%, 40% and 45%, depending on earnings, and existing rates are now set to be in place until April 2026.

“As the economy recovers from the effects of the pandemic, business owners and founders can breathe a sigh of relief but will surely continue to monitor this closely. If the changes were implemented, it would undoubtedly have impacted UK entrepreneurship. Some founders may have questioned if the risks of starting a new venture were worth it, which could have meant less new businesses being founded, while others may have continued pushing to sell up before the changes were introduced.

“For entrepreneurs planning to sell their businesses in the next couple of years, a capital gains tax increase is huge - you’re talking hundreds of thousands, if not millions, of pounds. When the capital gains increase does eventually come in, we should expect a major acceleration of exits based on what we’ve seen in the past few days alone. For now, founders can continue innovating and building with the knowledge that their efforts remain secure.”

On corporation tax, Andy adds the UK is still by far a competitive place to do business

“Corporation tax is an inevitable part of running a business, so founders were resigned to an increase in this Budget from the current rate of 19%.

“The Chancellor today has confirmed that the rate of corporation tax will stay static as the country recovers from the impact of COVID-19. The existing 19% rate will increase to 25% in April 2023 - by which time the OBR expects the economy to have recovered - the lowest in the G7.

“A slight raise to the tax wouldn’t have been a significant enough increase to impact startups but bigger tech firms eyeing a potential exit in the near future would be the ones most affected, which may result in considering alternative locations for operations. However, it’s great to hear smaller businesses with profits under £50,000 will be frozen at 19%, while the 25% rate will only apply to businesses with profits over £250,000.

“It’s largely positive looking at the year ahead. What are the key things for tech? Fundraising. From a venture point of view, they’re more interested in pre-tax earnings, so an increase in corporation tax won’t stop investment at all. In fact, this would hopefully bring about more investment and transactions.” 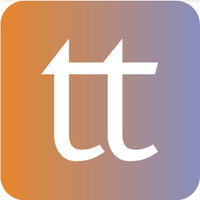 Buzzacott is a top 20 UK accountancy firm with more than 450 experts able to provide tailored knowledge and support in a wide range of areas including audit, corporate and personal tax advice.