Buying British has been a trend that seems to go in and out of vogue every 10-15 years. The label 'British Made' was once a mark of quality and respected the world over. Items made from British steel were the pinnacle of reliability while, until the BSE crisis, British meat was regarded as the highest quality.

Rampant globalism, starting in the ‘80s, brought a swath of new goods from foreign markets. Often cheaper to produce, these products began undermining British manufacturing, driving down prices until it was no longer economical to produce the same quality of items. Further integration into the European market further complicated things, with trade exports becoming more valuable, leading to a lot more European imports.

Since the 2008 financial crisis, however, things have started to change. What became clear was that UK industry was not very well diversified. With so much of our economy relying on the service industry, the effects of a global recession were acute.

While the desire to look after British interests was one of the key driving forces behind the Brexit vote, the benefits of buying British go far beyond some nostalgic sense of nationalism. Here are four reasons why home-grown brands matter:

The rise of multinational corporations has led to the offshoring of profits made on UK sales into tax havens. Multinational companies can provide their UK subsidiaries with loans, for example, and extract profits as repayments, causing taxable profits in the UK to drop to zero. Others claim that their employees are based overseas.

In fact, there are a myriad of ways in which multinational corporations can reduce their tax bill. So, while UK-based SMEs pay corporation tax of 20%, multinationals can end up paying less than a quarter of that amount.

Multinational corporations are also experts at taking advantage of cheap labour costs. Global labour arbitrage means the offshoring of UK jobs and a decline in UK manufacturing abilities and skills. In fashion, for example, the demand for cheap clothes has led to 90% of our clothing being manufactured overseas.

By buying British-made products from British brands, consumers are voting with their wallet to support the local economy. And this is largely self-interest. British brands pay more corporation tax as a percentage of profits and create more UK jobs, in turn generating more revenue from income tax.

As well as tax revenue and job creation, British-made products are also more likely to rely on British suppliers, creating a beneficial knock-on effect down the entire supply chain. At The British Snack Co., for example, we use British pork in our crackling and British potatoes for our crisps. This creates revenue for our suppliers who, in turn, create revenue for their suppliers and the UK Treasury.

As well as growing wealth in the UK, local supply chains are also more resilient to global changes, such as regulatory or tax changes, political upheaval, foreign exchange movements or environmental disasters. Buying in potatoes from China or Egypt, for example, may be cheaper, but a sudden change in import duty, exchange rate or a political upheaval in those countries may suddenly increase costs or limit supply, saying nothing for flash droughts or other environmental disasters.

A UK-based supply chain is relatively unaffected by these changes - the regulatory framework is fairly stable, as is the environment, politics and tax, and there is no foreign exchange to worry about. The biggest upheaval we face is Brexit, which is only really an issue if you need to import or export goods anyway.

One of the biggest concerns for consumers is their environmental impact. Just because it affects the weather and environment less in the UK doesn’t mean we are ignorant to the plight of other nations.

Globalism may have brought us products from across the world, but it has also outsourced the production of some foods that we could just as easily make in our own country. Added to that complicated international trade agreements and we find absurd situations where we export 70% of the fish we catch just to import 75% of the fish we eat.

All this movement impacts both the quality and freshness of our produce as well as adding unnecessary air miles to our food. Despite environmental regulations reducing the carbon footprint of our food dramatically since 2007, imported food and goods still account for around 250 million tonnes of carbon in the UK.

While not all locally produced food has a lower carbon footprint, due to the need for greenhouses and refrigeration, it still makes sense to produce and buy what we can from local sources.

Environmental concerns have led a number of businesses to develop innovative solutions, particularly in the UK. We are particularly active in the promotion of eco-innovation, the circular economy and new business models with environmental benefits, ranking seventh in Europe.

The British ‘green revolution’ is also well-supported from every side of the political divide, demonstrating that green innovation will continue to be supported by successive governments.

British manufacturers are, then, best positioned to capitalise on these environmental innovations as they become available, potentially receiving support from the government in order to adopt new technologies and business models.

There are a number of excellent reasons for consumers to buy British products, from freshness to environmental concerns. British brands also support the economy by paying their fair share of taxes and providing local jobs, as well as both supporting and capitalising on British environmental innovations.

So, whether your customers are staunch Brexiteers or Europhilic environmentalists, everyone benefits from British brands leading to a growing market for patriotic purchasing. 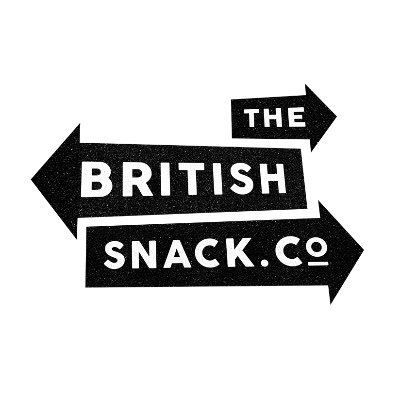 Since its humble beginnings in 2013, the company's mission has been to create the tastiest snacks money can buy. Lovingly crafted, outrageously delicious and quintessentially quirky, The British Snack Co. products can be found in supermarkets, pubs and independent shops across the world.