Bank of Ireland, Hanson Robotics, and Fiserv among winners at Diversity in Tech Awards 2020

The winners for this year's highly anticipated Diversity in Tech Awards (DITA) in association with Microsoft for Startups have been announced. The virtual event took place yesterday, Tuesday 10th November 2020.

The awards which celebrate diversity, equality and inclusion recognises individuals and teams from across the world who are executing impactful work within their organisations and communities.

Over 300 submissions from 24 countries were received, with 77 finalists shortlisted. This year's awards featured 16 categories across women in tech and diversity in tech initiatives.

Some of the winners of this year's Diversity in Tech Awards included:

In addition to the above, there were also two special recognition awards; The Grace Hopper Award which acknowledges a leading female STEM professional, and The Diversity In Tech Impact Award which recognises a not-for-profit organisation that has demonstrated exceptional initiative to promote diversity.

Kriti Sharma, Founder of AI for Good UK & VP Product at GfK was crowned the winner of The Grace Hopper Award, while Gary Goldman, Senior Program Director of Out in Tech was awarded The Diversity in Tech Impact accolade.

The Diversity In Tech Awards was organised by the Dublin Tech Summit team.

Speaking about this year’s winners, Tracey Carney, Managing Director of the Diversity in Tech Awards said: “This year’s inaugural Diversity in Tech Awards was a huge success and emphasised the diversity, equality, and inclusion of organisations who are making a real difference. We were inundated this year, with over 300 entries from some of Ireland’s most successful tech industries." 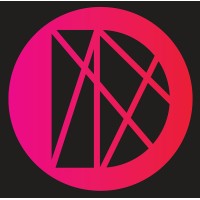 Previously known as the Women in Tech Awards, the Diversity in Tech Awards, shines the spotlight on the achievements of individuals and organisations creating more diverse, equal and inclusive workplaces and communities while striving to enhance representation in the technology sector.

The event which celebrates the best in tech has been expanded to recognise diversity in all of its forms including 16 categories recognising the broad efforts of promoting diversity in the workplace and community, the awards have been split up into two category areas; Diversity in Tech and Women in Tech.