Ally.io, a hypergrowth technology company specialising in goal-setting and business execution software, has announced a $50M (£36.5M) Series C funding round led by Greenoaks Capital. Tiger Global, who led the company’s Series B round, and Madrona Venture Group also joined the round, as well as previous investors Accel, Addition Ventures, Founders’ Co-Op, and Vulcan Capital.

With this funding, Ally.io has raised a total of $76M (£55.4M), making the three-year-old SaaS company the leading force in the OKR space and primed to revolutionise how companies integrate goals with every business rhythm.

The news follows the company’s standout year in 2020. Ally.io grew revenues by 3.3x, was named Geekwire’s Startup of the Year and a G2 Crowd Leader for OKRs, and added impressive additions to its client roster, from early stage startups to well-known Fortune 100 brands across 80+ countries, including household names like Overstock.com, and Dropbox. To support this rapid growth, Ally.io expanded its global team to 130+ people.

“We are shaping the way modern businesses are able to bring focus, happiness, and most importantly, purpose to the work their teams are doing,” said Vetri Vellore, CEO and Founder. “A company’s goals are the starting point, but too often, they’re siloed at a leadership level, or used as a stand-alone component of a disjointed strategy. We’re bringing those goals into the executional rhythm across every aspect of the business, automating countless hours of work, and helping companies become resilient and accelerate growth.”

With the additional investment, Ally.io is shaping a business execution platform that closes the gaps between goals, day-to-day work, team engagement and productivity, meetings and reviews, and strategy development. The company is also rapidly expanding its global footprint, bolstering its strategic service offering, and growing its partner ecosystem with consultants around the world.

“The fundamental challenge for every enterprise is aligning and executing on key goals across the organisation,” said Neil Mehta, Managing Partner of Greenoaks Capital. “We studied the space closely and we believe that Ally.io is building the best-in-class solution to solve this fundamental problem. Ally’s software allows organisations to define their goals, cascade these goals across an organisation, integrate into the core business system to provide metric-driven progress, and collaborate efficiently to achieve results. Vetri and the team are seasoned leaders who built enterprise-grade products at Microsoft, Smartsheet, and Amazon, and we believe they are building a next-generation enterprise platform with Ally.io."

The Ally.io platform brings transparency and alignment - as well as a structure to run meetings and reviews - by pulling in specialised data from each department and individual into a centralised operating system, and helps create workflows in the tools each person is already using, like Slack or Microsoft Teams.

“Ally.io is a lynchpin for how we do business across the company,” said Alex Oberg, Chief of Staff for Ticketmaster. “By aligning the work being done across every function and group, we’re able to move quicker and more confidently than we ever thought possible. This past year, we've been met with unprecedented challenges to our business, and the need to pivot quickly across the entire company. Ally.io keeps our teams tethered to the outcomes that matter while allowing us to be strategically nimble. We’re excited to partner with the Ally.io team as they add more functionality to support our business execution process, and in turn produce greater results.”

Ally.io has helped customers find success in every sector. “Every business has goals,” said Vellore. “Ally.io is where those goals turn into results.” 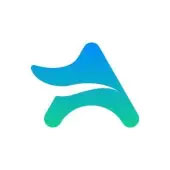 It enables businesses to shift from traditional, disjointed planning and execution to a modern, OKR-based framework that drives strong alignment, agility, transparency and empowers the workforce.

The ScaleUp Accelerator assists last-mile delivery in £4m round

Zoom identified as worst company for gender diversity in the boardroom

Zoom identified as worst company for gender diversity in the boardroom