UK startup, LGN has secured $2m in funding to help businesses outpace their competition by building better and more resilient AI models, faster and at scale. With backing from the likes of Trucks Venture Capital, Luminous Ventures and Jaguar Land Rover, LGN supports enterprises to scale out their use of edge AI and accelerate learning in the real world, rather than in labs and test environments. The company will use the investment to continue its mission of getting AI into the real world.

With spending on AI predicted to break the $500bn mark by 2024, and more than 50% of enterprise-grade data expected to be created and processed outside the data centre or cloud by 2022, businesses are in the midst of a major shift in where and how they can analyse data and derive actionable insights from it.

Yet to do that in a way that gives a clear competitive advantage requires the ability to deploy AI, specifically at the edge of their networks, and at scale. LGN supports companies operating in a variety of sectors to realise the benefits of having thousands of endpoints collecting data by getting autonomous systems into the real world, learning and iterating from actual data, rather than testing models in labs. It does this by scaling out edge AI deployments, improving resiliency in those models and optimising the hardware and physical devices that make up endpoints at the edge.

Warner, the company’s CEO, said: “AI has huge implications for the way businesses operate, yet so much of the modelling is done in carefully controlled test environments. When deployed in real world situations, anomalies always occur, which disrupts lab-grown models and undermines companies’ efforts to revolutionise how they use autonomous systems effectively. By scaling edge AI, optimising the endpoints collecting the data, and making models more resilient, we are radically accelerating learning and, in doing so, giving our customers a competitive advantage in a crowded marketplace.”

Delivering edge AI at scale is just the first step, however, in LGN’s mission to create Networked AI. Currently, much of what AI does needs to be translated so that humans can understand it and make decisions based on what the AI says. Networked AI is AI-to-AI communication, removing the need for the human element and thereby speeding up the decision-making and action process.

Warner continued: “Networked AI will change the way the world works. All the potential benefits of AI are limited while we need to involve humans in the majority of the decisions. Edge AI is the first step towards speeding up that process, by having AI at the endpoint to rapidly collect, analyse and determine action based on data. Networked AI will take that and apply it across all aspects of an organisation, freeing up workers to focus on more valued-adding activities.”

Investor Trucks VC is a transportation venture capital firm. Reilly Brennan, General Partner at Trucks, said: “For automated vehicles to go mainstream we need edge AI to not just work, but to work at scale. LGN’s commitment to enabling resilient models that can be deployed at a fleet level is going to be critical to realising the vision so many are moving towards.”

Sebastian Peck, Managing Director at InMotion Ventures, Jaguar Land Rover's venture capital arm, said: “Autonomous cars represent a major innovation with the potential to revolutionise how people travel and its impact on the environment. To realise it we need to create more robust systems. LGN’s technology enables AI systems training at scale which is critical for real-world progress.”

Claudio Simao, CEO and President, Hexagon Asia Pacific and Hexagon South America at Hexagon, the autonomous sensors leader, said: “We’re seeing an explosion of sensors that, if used correctly, could automate so much of life today. But we need the ability to turn the raw information into valuable and actionable insights, at scale. LGN’s work offers that link and has the potential to transform to many different sectors for the better.”

John Taysom, Serial Investor and Co-founder of data privacy experts, Privitar, said: “Better sensors deliver better services, but sensors themselves are small with limited power, so the network they sit on will be critical and often noisy. LGN addresses this architectural problem for machine learning deployments.”

Lomax Ward, Co-founder and General Partner at Luminous Ventures said: “We partner with outstanding founders solving large problems with science and technology. LGN’s blend of academic knowledge, industry research and focus on commercial application is exactly what we believe is needed to not only help businesses rapidly scale edge AI deployments, but to invent Networked AI and revolutionise how we all live and work.” 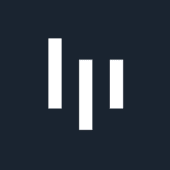 Crucially, LGN is building the powerful new paradigm of accelerated parallel learning where edge AI systems can scale out their deployments to thousands or even millions of sensors to rapidly outpace the learning speed of their lab-based competitors.