As part of the expansion, Starburst is deploying a local consulting team and venture development platform that will strengthen the capabilities of domestic players in aerospace and defence, and provide access to a global network of participants who are leaders in the industry. The expansion will also allow collaboration with frontier tech and heavy engineering companies, while providing specialty services to the startup community in India.

The platform will be operated out of Mumbai as an aerospace and defence services and corporate innovation centre to serve Indian and international client partners. Starburst is strategically setting up in the financial capital of India, while maintaining other strategic presence via operating resources and partners in the aerospace and defence ecosystems of Delhi, Bangalore and Hyderabad.

“With peaked interest in aerospace, aviation, and defence in India, Starburst becomes a powerful tool in connecting industries with emerging startups,” said Francois Chopard, CEO of Starburst. “We’re thrilled to announce our expansion into India to solidify a community that connects local startups while partnering with global entities.”

Starburst is also in the process of launching an early-stage accelerator program in India, which will connect Indian participants to Starburst’s network of global partners in government and private sectors. Starburst India is currently inviting corporate partners, aerospace and defence investors, government agencies, academic organisations, and startups to participate. 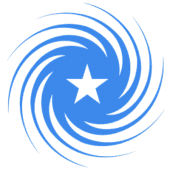 Starburst is an innovation catalyst in the aerospace industry. It is the first global Accelerator dedicated to aviation, space and defence. Matching corporates with startups while providing strategic growth mentoring and consulting for startups and corporations alike.

With offices in Los Angeles, Paris, Montreal, Munich, San Francisco and Singapore, the team has built an ecosystem of key players across the aerospace industry including over 4,000 related startups. Every year Starburst hosts numerous international and national events bringing together Aerospace innovators and puts innovation in the spotlight at international air shows.