You’ll have a difficult job browsing content platforms nowadays without coming across articles focusing on - or at least alluding in some way to - the working from home revolution. A whole host of companies, including Twitter, have announced that they will allow staff to continue WFH permanently if they wish, following its success throughout lockdown.

However, an increasing number of employees and employers alike are coming to the realisation that WFH isn’t all it’s cracked up to be.

Cramped and uncomfortable working conditions, distracting housemates and noisy neighbours, the rising cost of utilities; these are just a few of the things that make WFH an unviable long-term solution for many workers. It’s also an unsustainable option for businesses that thrive on innovation and creative thinking.

Here are five successful tech brands that still see the value in offices and plan to embrace them in one form or another for the foreseeable future.

Among the companies looking to increase their office footprint is Netflix. According to a Bloomberg report, the technology and production company is going to triple its office space in London and move into a new UK HQ.

Reportedly, the business is set to move into a new 87,000 sq ft commercial property on Berners Street in the West End, which is situated just off Oxford Street near Oxford Circus and Tottenham Court Road Underground Station.

“As part of our ongoing commitment to the UK, we are excited to expand our operations in London,” a Netflix spokesperson told Bloomberg. Speaking to The Wall Street Journal in September, Co-Chief Executive Reed Hastings said that not being able to meet with co-workers face-to-face is a ‘pure negative’.

Also in September 2020, The Times reported that Google has decided to lease an additional 70,000 sq ft of workspace beside its new $1.2bn headquarters in King's Cross, London.

The tech giant will also be extending the lease on its 160,000 sq ft office space in the Central Saint Giles building located near Tottenham Court Road for a further ten years. The lease was due to expire in 2021.

Alphabet CEO, Sundar Pichai said in an interview at the TIME100 Honorees Visions for the Future event: “We firmly believe that in-person, being together, having a sense of community is super important when you have to solve hard problems and create something new so we don’t see that changing. But we do think we need to create more flexibility and more hybrid models.”

Over in the US, Amazon recently acquired the Taylor flagship building in Midtown Manhattan from WeWork for an estimated $1bn. It will eventually be home to 2,000 employees - which means the tech giant will be increasing its current workforce of 4,000 by half.

This brings the number of Amazon offices in New York City to eight. Most are located in Midtown Manhattan, however the business recently started leasing workspace on the Brooklyn waterfront to house its Amazon Music team.

Apple established its inaugural office space in New York City ten years ago, and after leasing 220,000 sq ft in the 11 Penn Plaza building, it’s set to expand. According to a Business Insider report, the company is aiming to take on an additional 60,000 sq ft in the building.

That said, Apple is apparently negotiating with its landlords and ‘nothing concrete’ is in place yet, so they may not end up expanding. Either way, the discussions can be seen as a demonstration of confidence in the office space market in NYC.

Facebook is tripling its local workforce in NYC and has recently leased office space in one of the city’s iconic buildings - a 107-year-old former main post office complex near Pennsylvania Station - to accommodate its growth.

This year, Facebook, along with Amazon and Google, have increased their teams by over 2,600 employees, collectively bringing the number of people they employ to 22,000. Together, the three tech juggernauts have also acquired 1.6 million sq ft of workspace since the start of 2020.

Is the future of work really going to be ‘hybrid’?

Free Office Finder believe that the future of work will be hybrid and that flexible workspace will play an increasingly critical role when it comes to accommodating this approach. COVID-19 is acting as a catalyst for trends that were already emerging; there was a strong appetite for a flexible working way before the pandemic hit and that’s not going to change anytime soon.

Of course, when it comes to the world of business, there’s no such thing as one-size-fits-all. Some organisations are better suited to a primarily office-based approach, whereas others (particularly companies with dispersed teams) might decide to continue with a remote workforce. 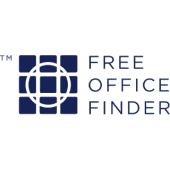 Free Office Finder is provides organisations with a free search facility to help them locate office space in London and the UK. The company represents a wide network of office space providers.

Did COVID-19 press reset on innovation?